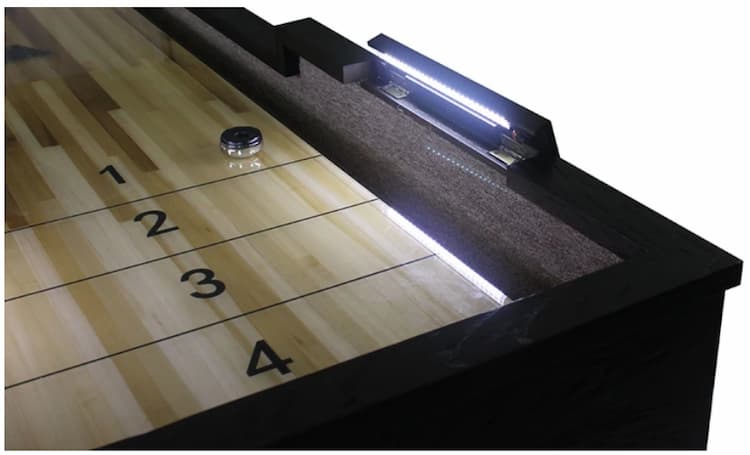 If you’re looking to learn how to play shuffleboard, you’ve come to the right place. Did you know there are more than 5 sets of table shuffleboard rules? Each game is played and scored differently and has its own charm and allure-which you’ll hopefully experience shortly.

Don’t count out any one of these games just because you think they aren’t popular. As the saying goes, “Different strokes for different folks!” A game that might bore one person to tears might be the game that leaves you on the edge of your seat, screaming for more!

The beauty of our table shuffleboard rules is that every game can be played on the beautifully finished shuffleboard tables from our Legacy Line and Heritage collection. If you already have the table, then pick one of the games below and get ready to have the time of your life!

How to play Knock Off Shuffleboard

You can play this game either one on one or with teams of two. Here’s the basic setup and a quick run-through of how the game works:

How to score playing Knock-Off Shuffleboard

If you win the frame you only count the points where your pucks are deeper than your opponent’s pucks.

If you prefer to see the points roll in faster, then Horse Collar might be the game for you. In this version of shuffleboard, you play to 51 POINTS and get to count everything that lands past the foul line. Here’s a quick run-through of how this game works:

How to score at Horse Collar shuffleboard

Every once and a while it’s good to mix things up. This version of shuffleboard reverses the whole premise of Knock Off. In this version of how to play shuffleboard, you must try to AVOID knocking pucks off of the table. This makes going FIRST hold the biggest advantage and makes playing the Hammer the more difficult position.

How to score at Tap & Draw

Knock off is the first to 15 or 21 and the player who gets the deepest puck is the only one who scores in the round.

You can play Horse Collar scoring where both teams can score as long as there is one puck within the 3-point section. Then all of your pucks in play count. Horse Collar games go to 51.

Here is a game that is, for lack of a better word, crazy. While you can score any way you choose (first to 15 or 21) you MUST follow a strict series of steps to get into scoring position. Here’s how to play shuffleboard using Crazy Eights Rules:

The scoring system mirrors that in Knock Off shuffleboard. You decide beforehand whether you will play to 15 or 21 points. When you have met the criteria for scoring you can count all pucks in play. Here’s a recap:

How to play Target Shuffleboard

Target shuffleboard is identical to Knock-Off with the exception of two very important rules. The first is that players take turns shuffling pucks one at a time. The second is as the name of the game suggests, you’re aiming for the targets (rings) on the table as opposed to just shooting for depth in the point end zones. Here’s how to play Target shuffleboard:

How to score in target shuffleboard

Choose your game and have a blast

One of the greatest perks to being a retailer for home leisure goods is that we get to stress the importance of having a good time. At the end of the day, what are you really working for anyway?!

The shuffleboards from Legacy Billiards and Heritage are magnificently crafted and are lifetime collection pieces. If you have any questions about finding the right piece for your home, feel free to contact us at your leisure. We welcome the opportunity to help you find high-quality game room furniture that will undoubtedly create a lifetime’s worth of memories. 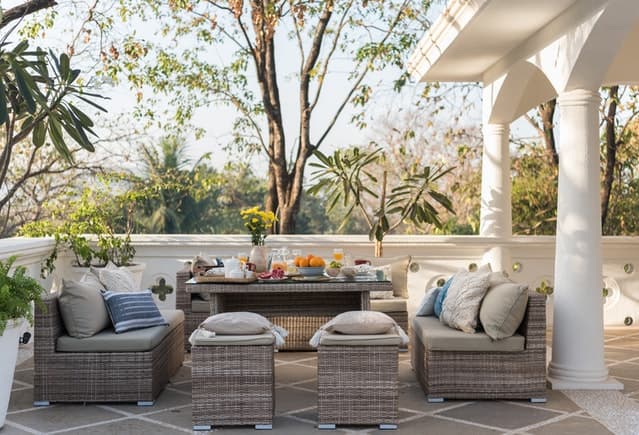 How To Clean Rope Chairs and sofas 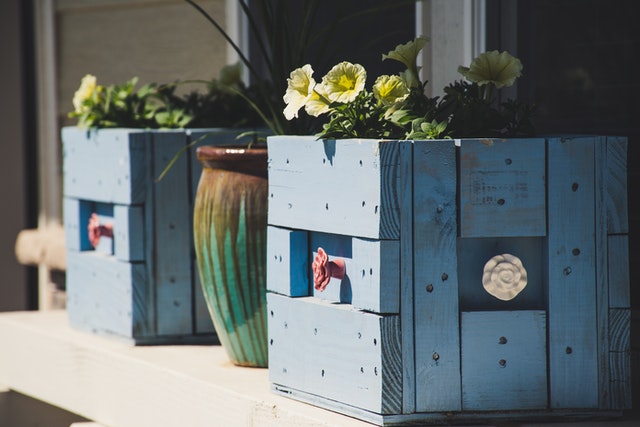 DIY Backyard Patio Ideas for The warm months ahead 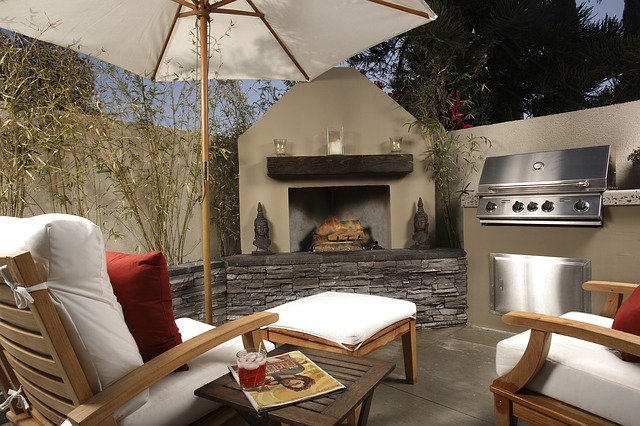