Are Screw On Cue Tips Good For Playing Pool? 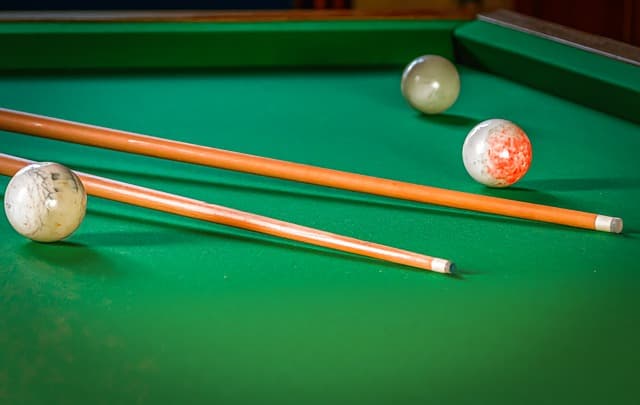 If you’re in the midst of making a decision between a screw-on pool cue tip and a fixed cue tip, we recommend the fixed pool cue tip. The rationale behind this decision is simple: why opt for a piece of equipment that’s known to be of lesser quality? The answer to the question Are screw-on cue tips good for playing pool? is no. They do not play as well as a fixed pool cue tip.

Why would anyone choose a screw-on cue tip?

The reason screw-on cue tips still exist is mostly for convenience, casual and commercial use. The truth is that many companies stopped producing screw-on tips because they’ve acquired somewhat of a bad rep. If you’re a meat-eater, why eat ground beef when you can have steak?

You might be wondering why people still buy screw-on cues tips when the word on the street is they play like absolute garbage. Here are a few reasons that explain why they’re still alive and well in the industry.

It’s literally as easy as screwing off the old and screwing on the new tip. Just like fast food, however, you’re taking a big step down in the quality department in exchange for speed. And for some people, they just don’t mind.

When the total time spent playing pool is less than the time you spend cutting your toenails each month you might be considered a casual player. This is of course under the assumption that a typical toenail trimming doesn’t require any significant time investment.

The reality of the situation is that if playing pool isn’t a major priority for you, there’s a good chance you’re not going to care about the feel or quality of the shot.

Most experienced players notice a significant difference in the feel when striking the ball with the cue. This is why most people generally prefer fixed cue tips.

Commercial use for continued play

The other major reason why screw-on cue tips are still in use is that many pool halls and bars use them. If a cue tip is damaged, it’s an easy fix to repair the cue and allow players to continue playing.

If the bar only had two fixed tip pool cues and a tip was damaged, the players would be out of luck until the fixed tip could be repaired-which is a much longer process.

The simplest explanation is usually the best. A screw-on tip is considered lesser quality. Most often than not equipment is usually priced lower because the equipment is are made from cheap materials.

To a person who isn’t as interested in the quality of a stroke as they are in the money they save, a screw-on tip is a better option.

Why choose a fixed tip over a screw-on cue tip?

While there are those that value convenience there is a price to pay for the most cost-effective option. Not only is there is a major loss in quality in both the construction of the tip itself but a loss in the feel of each shot you play.

One-piece cues have the best potential for quality

When you rate the potential that every pool cue has to produce a quality shot, one-piece pool cues rank the highest over all other options. Despite the fact that many serious pool players will carry a 2 or 3 piece pool cue, the truth is that every joint in a cue presents a possibility for failure.

Manufacturers aim to design multiple-piece pool cues to match the quality of a one-piece cue. To this end, creating another joint with a screw-on presents another area where a player can lose feel, power, and control of a shot.

As mentioned above, the quality of the connection between the cue and the ball is at its highest when there is a direct transference of energy. A screw-on tip will play its best on the first installation. As time goes on, that connection will increasingly become looser between the threads of the tip and threads of the ferrule.

As the connection becomes looser, it has a dampening effect on your shot. In a game where finesse, touch and feel are prized characteristics that improve your skill, this is the last thing you want your cue to do to your shot.

A fixed tip is glued on securely. There is no separation between the ferrule and the tip since the glue is solid and thereby eliminates the same potential of failure a joint in your cue presents.

Choose a fixed tip if you appreciate a quality stroke

Are screw-on tips any good for playing pool? They can get the job done but they are not better than fixed tips in terms of quality of play.

If you run a bar or pool hall your objectives are much different than someone with a pool table at home trying to hone their skills. We will always recommend a fixed tip to anyone with a pool table in their home because apart from price, they are the better option for playability.

If you’re still unclear about which pool cue tip is right for you, message us, give us a call or visit us in our showroom. We would be happy to walk you through the options so you can make an informed decision. 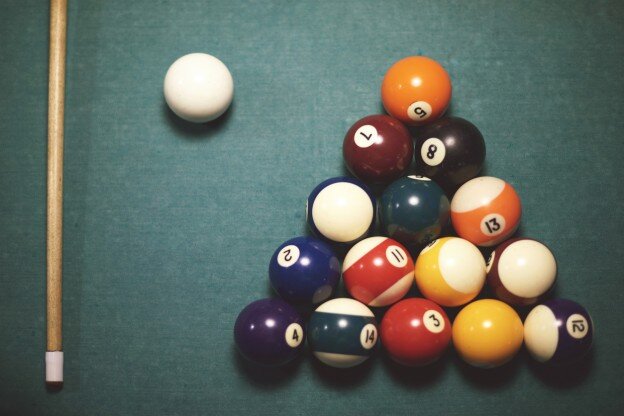 How to Choose The Right Pool Table Size for Your Room 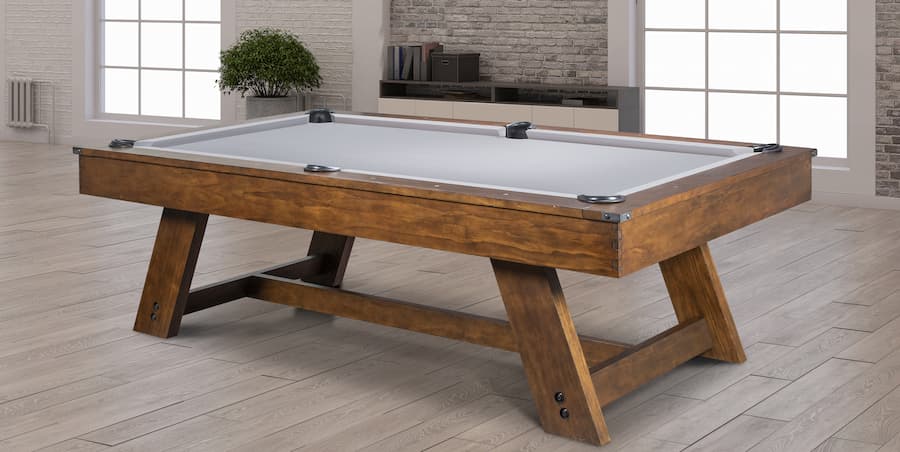 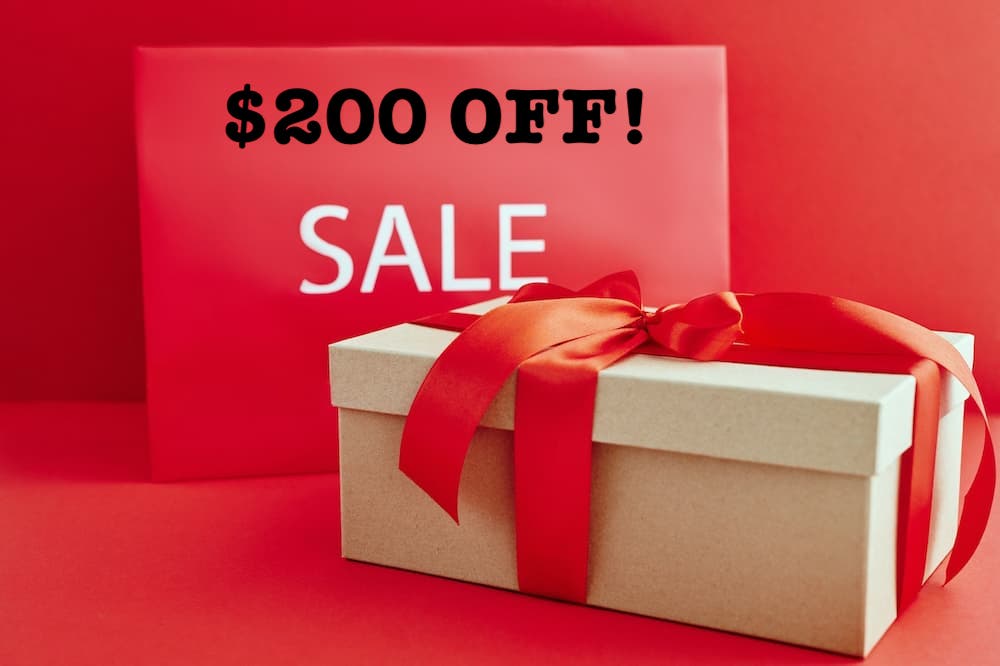 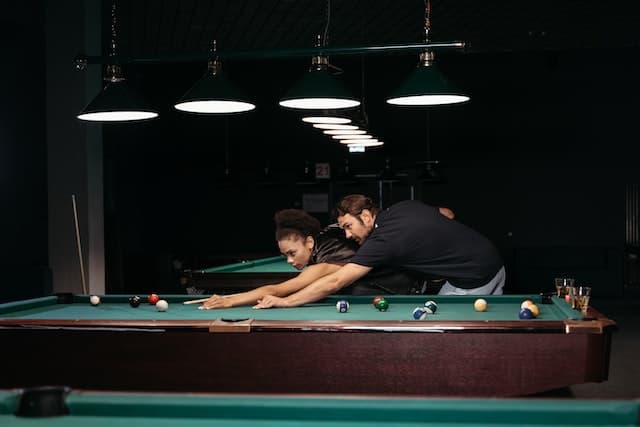 How High Should Lights Hang Over a Billiard Table?

No spam, notifications only about new products, updates.
PrevPreviousPool Table Accessories & great Gifts For All Seasons
NextHow To Move A Pool TableNext