What’s the difference between a hot tub, a jacuzzi, and Spa? 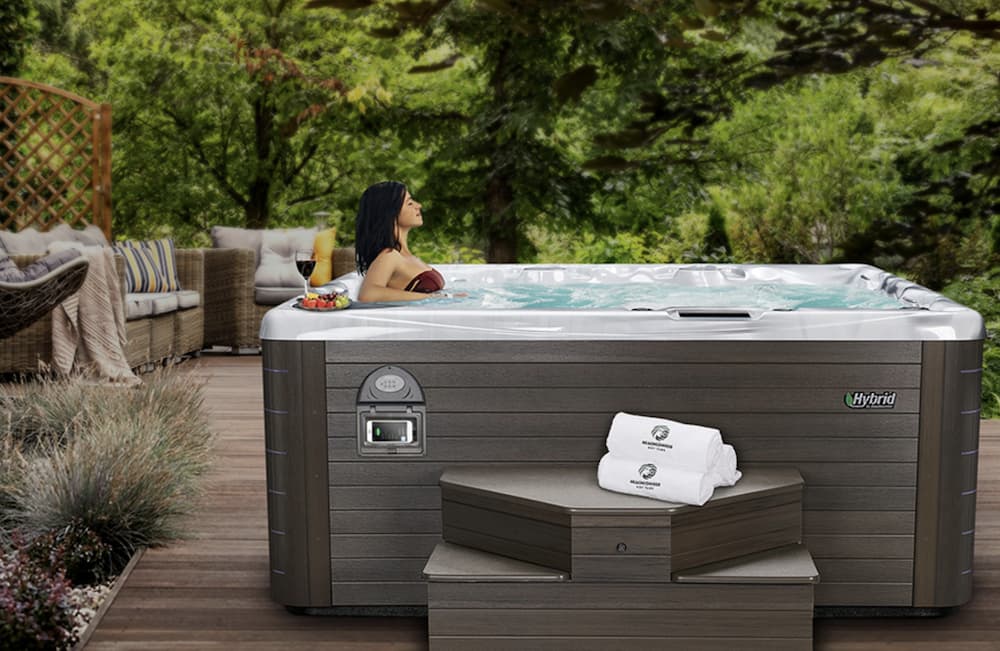 Often, the names hot tub, Jacuzzi, and spa are used interchangeably. Many homeowners consider these three types of water features to be the same. However, they differ in many ways. A common misconception is that all of these terms mean the same thing. So what’s the difference between a hot tub and a Jacuzzi and spas, and how can you make the right choice for your backyard?

Here’s a quick run-down that will shed some light on the topic so that you can make a better-informed decision.

A hot tub is a large tub that is filled with hot water. Hot tubs can be used for relaxation or hydrotherapy. Hot tubs are usually round or square and can seat anywhere from 2-10 people. Whether a tub includes jets, bubblers, or no additional amenities, it is referred to as a “hot tub” as long as it holds hot water and people can sit in it.

Hot tubs were first created in the early 1970s and were used for public baths. In the mid-20th century, hot tubs began to be built for private use. These private hot tubs quickly became popular among the wealthy because they offered a place to relax and escape the stresses of daily life.

Today, hot tubs have evolved in various shapes and sizes to accommodate different needs. While some hot tubs are still used for public bathing, most are now used for private relaxation or hydrotherapy.

A Jacuzzi is a brand of hot tub designed explicitly for hydrotherapy. Hydrotherapy is the use of water to relieve pain and promote healing. Jacuzzis are often used by people with arthritis, joint pain, or other chronic conditions.

The Jacuzzi family created the traditional Jacuzzi hot tub in the early 20th century to help people with arthritis and other joint diseases. This water-based alternative to regular therapy proved to be much more effective than land-based therapies because it helps to keep the muscles more flexible.

In the 1950s, Jacuzzi began to make improvements to their hot tubs, including introducing the trademark “Jacuzzi jet” used to help keep water circulating (which was a problem in the early models). The Jacuzzi hot tub quickly gained popularity and as a result, many other hot tub brands caught up quickly and followed suit.

In fact, it’s said today that Beachcomber is one of the industry-leading companies when it comes to the jet system and is an innovator in hot tub technology.

A spa is a term used to describe a wide variety of water-based therapies. Spas can be used for relaxation, weight loss, or physical therapy. Spas are usually larger than Jacuzzis and have more features, such as saunas, steam rooms, and massage tables-even hot tubs.

Spas were created for people who wanted to take advantage of the healing properties of water. The first spas were built in ancient Rome and Greece and were used for public baths. In the early 20th century, spas began to be made for private use. These private spas quickly became popular among the wealthy because they offered a place to relax and escape the stresses of daily life.

Are Hot tubs, Beachcombers and jacuzzis the same?

So, while all Jacuzzis are hot tubs, not all hot tubs are Jacuzzis. Usually, a jacuzzi refers to a hot tub designed explicitly for hydrotherapy, while a hot tub is a more general term that can be used to refer to any tub that holds hot water. Are you still wondering what the difference is between a hot tub and a jacuzzi? Let’s throw in a whirlpool just to make it more confusing!

What is a whirlpool?

A whirlpool is a large tub filled with hot water with jets to create a massage-like effect. Jacuzzis are a type of whirlpool. Simply described, it is a therapeutic bath in which all or a part of the body is subjected to strong hot water currents. It has many benefits and is often used for hydrotherapy or physical therapy.

To differentiate Jacuzzi and a whirlpool, we can look at the following points:

Beachcombers vs Jacuzzi vs whirlpool

Jacuzzis (just as Beachcombers) are built, so the jets are directed at specific body areas. This allows for a more targeted massage. On the other hand, Whirlpools have jets evenly distributed throughout the tub. This means that the massage is less targeted and more general.

Jacuzzis and Beachcombers are typically smaller than whirlpools. They are designed for one or two people and often have built-in seats. This makes them more comfortable to use for a more extended period. On the other hand, Whirlpools are larger and can accommodate more people. They don’t usually have built-in seats, so they may not be as comfortable for a long soak.

Jacuzzis are more expensive than whirlpools. This is because they are usually made with higher quality materials and have more features. Whirlpools are less expensive, but they may not last as long or have as many features as a Jacuzzi. Beachcombers combine the best mixture of quality for the price you pay and can last more than 20 years if you maintain them properly.

Beachcombers and Jacuzzi’s are typically used for relaxation and to soothe sore muscles. Whirlpools can be used for the same purposes but are also often used for hydrotherapy. This means that they can be used to help with injuries, pain, and other health conditions.

All hot tubs have the same basic components, but some differences separate the two. All hot tubs are used to relax and soothe the body and mind, but they have varying functions. They can be used for relaxation, hydrotherapy, weight loss, or physical therapy. While all Beachcombers and Jacuzzis are hot tubs, not all hot tubs are Jacuzzis or Beachcombers.

There are many differences between the two. Spas are designed for hydrotherapy and relaxation, while hot tubs can be used for any purpose. Whirlpools are similar to Jacuzzis and Beachcombers, but they have a few key differences. Jacuzzis are smaller, more targeted, and require more maintenance. Whirlpools are larger, provide a more general massage, and require less maintenance.

Hopefully, you’re now clear on what’s the difference between a hot tub and a Jacuzzi and a spa for that matter. Still, choosing the right option may take some shopping around and research. And that’s where we, at Canadian Home Leisure shine! Give us a call or come into the showroom for any questions you might have. We have a Beachcomber hot tub you can actually come and take a dip in-so bring your bathing suit and let us show you the best option for your home. 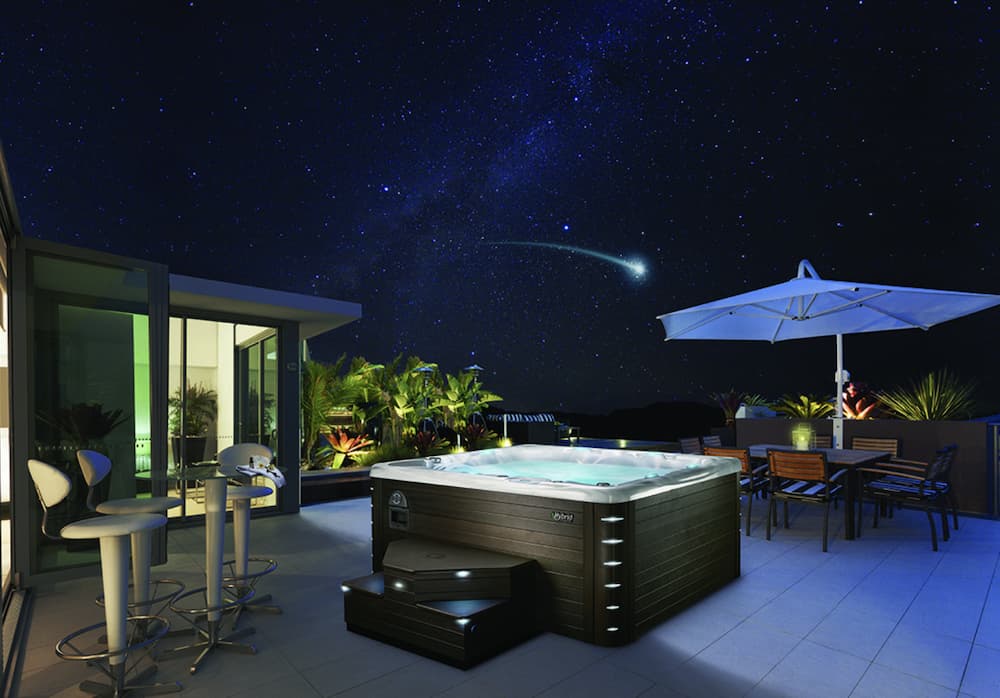 Benefits of Using Your Hot Tub at Night

What’s the difference between a hot tub, a jacuzzi, and Spa? 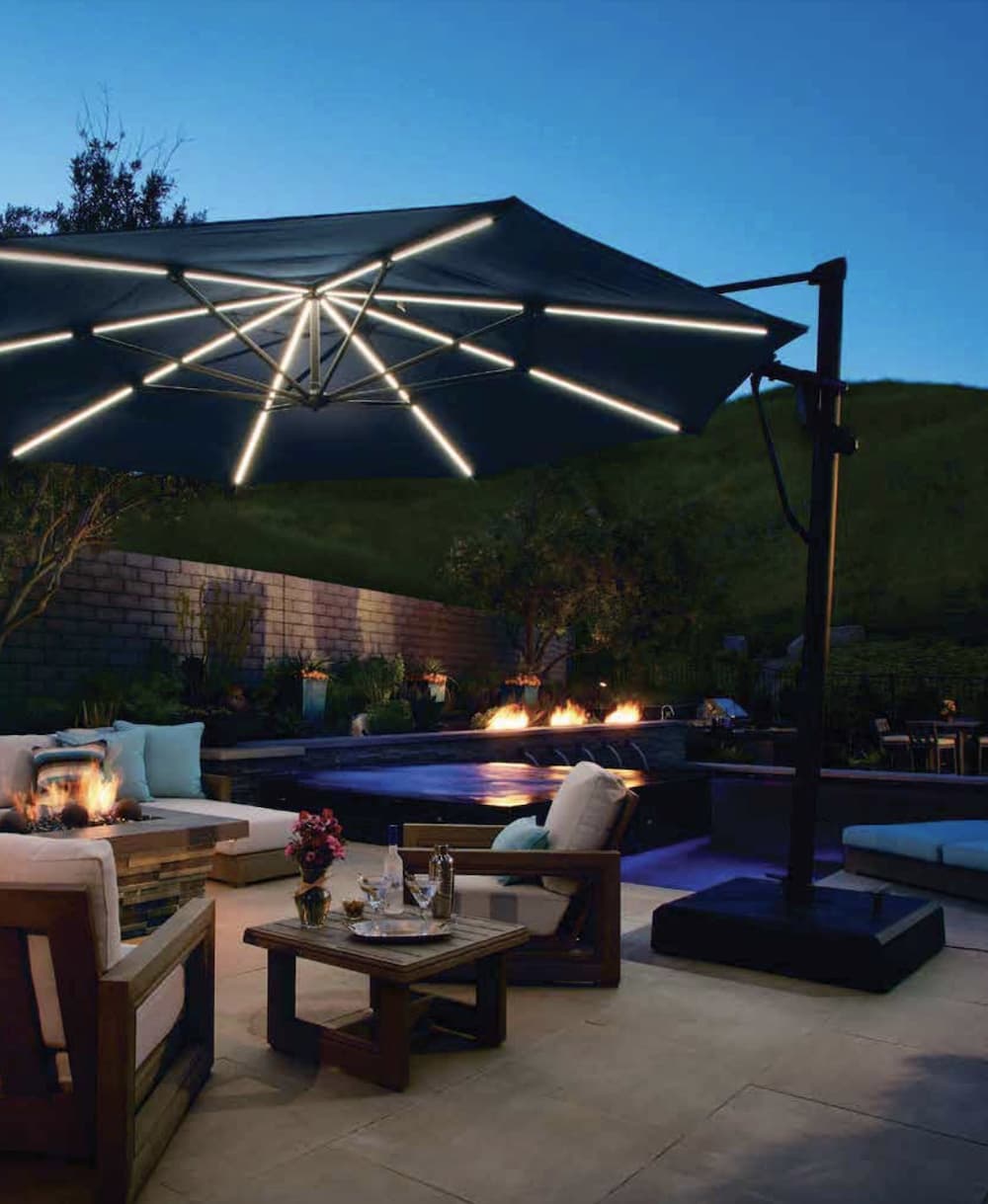 How to Position a Cantilever Umbrella 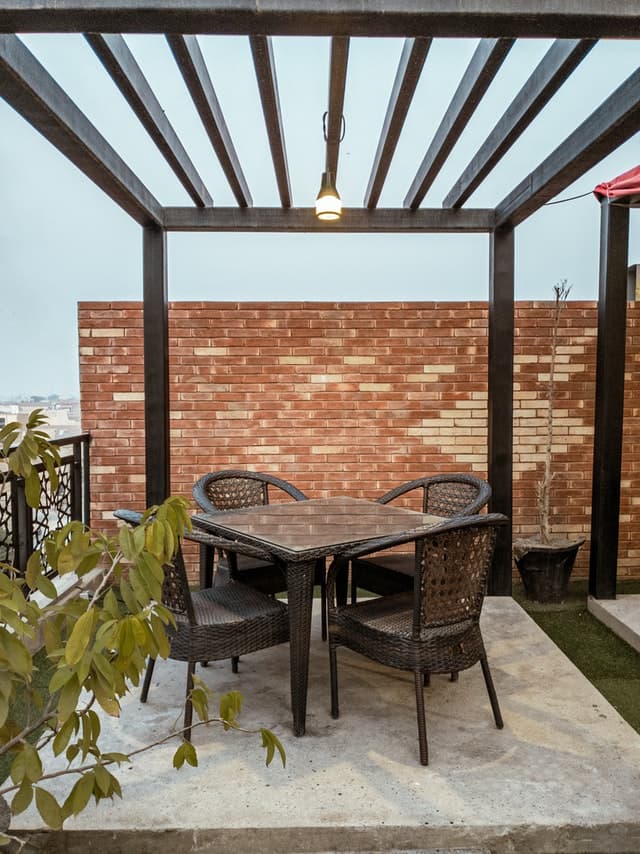 No spam, notifications only about new products, updates.
PrevPreviousHow to Position a Cantilever Umbrella
NextBenefits of Using Your Hot Tub at NightNext